Learn from MATLAB and Simulink experts 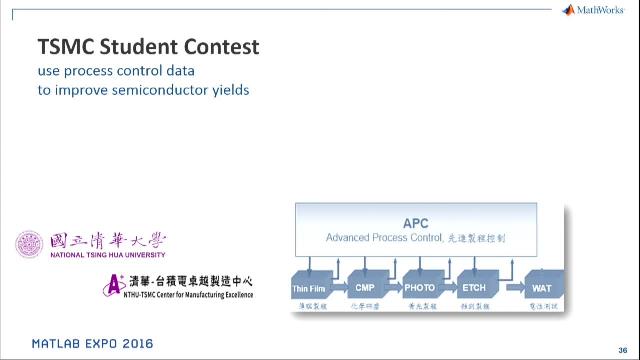 31:21
Keynote: The Rise of Engineering-Driven Analytics 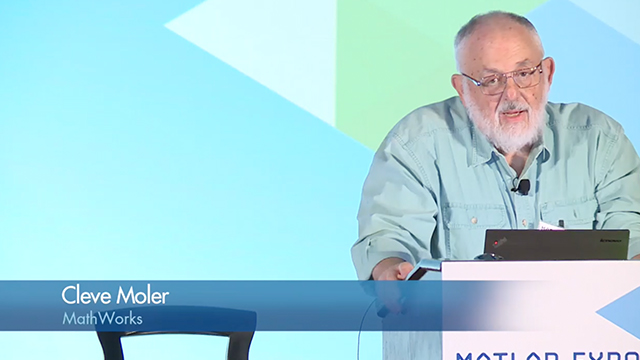 98% of the conference attendees said they plan to attend next year!

Roy Lurie is vice president of engineering for MATLAB® products at MathWorks, responsible for the ongoing development and evolution of the MATLAB product family. These products include capabilities for parallel and GPU computing, application deployment, image processing, control systems, test and measurement, and computational finance and biology. He has been a MATLAB user since 1989. He founded the MathWorks South African distributorship as a young entrepreneur, and joined MathWorks USA in 1994. Roy holds a Ph.D. in electrical engineering from the University of Witwatersrand in South Africa.

Michael has written more than 50 scientific papers and several software packages on statistical methods. His current book, A Picture is Worth a Thousand Tables, is published by Springer. Michael received his Ph.D. in statistics at North Carolina State University and is adjunct professor of statistics in the department.

Cleve Moler is chief mathematician, chairman, and cofounder of MathWorks. Moler was a professor of math and computer science for almost 20 years at the University of Michigan, Stanford University, and the University of New Mexico. He spent five years with two computer hardware manufacturers, the Intel Hypercube organization and Ardent Computer, before joining MathWorks full-time in 1989.

In addition to being the author of the first version of MATLAB®, Moler is one of the authors of the LINPACK and EISPACK scientific subroutine libraries. He is coauthor of three traditional textbooks on numerical methods and author of two online books, Numerical Computing with MATLAB and Experiments with MATLAB.

Peter Corke is a professor of robotic vision at Queensland University of Technology, and director of the ARC Centre of Excellence for Robotic Vision. His research is concerned with enabling robots to see, and the application of robots for mining, agriculture, and environmental monitoring. Peter is a fellow of the IEEE, former editor-in-chief of the IEEE Robotics and Automation Magazine, founding and associate editor of the Journal of Field Robotics, founding multimedia editor and editorial board member of the International Journal of Robotics Research, member of the editorial advisory board of the Springer Tracts on Advanced Robotics series, recipient of the Qantas/Rolls-Royce and Australian Engineering Excellence awards, and has held visiting positions at Oxford, University of Illinois, Carnegie-Mellon University, and the University of Pennsylvania. He created Robotics System Toolbox™, which has been used globally for over 20 years, wrote the best selling textbook “Robotics, Vision, and Control,” created two MOOCs, and has won national and international recognition for teaching. He received his undergraduate and master’s degree in electrical engineering and Ph.D. from the University of Melbourne.